Sometimes, horror movies just go wrong. And we’re not talking just some dodgy camerawork, a done-before script, or un-scary scares. We’re talking magnificently, badly, brilliantly wrong; so wrong that they manage to jump genres and turn into genius comedies. The hilarity value of a film with no intention of being hilarious is unmatched, and you won’t find any genre that so easily tips into the realm of funny-bad than horror. We’ve put together a list of the best ever hilariously bad horror movies-less hiding behind your hands, more chewing your knuckles to ward off the giggles… 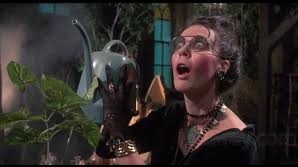 When you cast a dentist as your lead actor, you’ve started down a dark path from which you can never turn back. Troll 2 is truly the finest bad horror film ever; the script is unbelievable, the effects shocking, the villain (“Creedence Leonore Gielgud”) overacting so much her eyes almost fall out of her head. You’ll never run out of awful mistakes to search for, with re-used shots, mis-cut cuts, and the kind of sex scenes you’ve never seen the likes of before (nor will want to again).

How could a man so talented fall such a long way in the space of one short lifetime? Tobe Hooper, he of the Texas Chainsaw Massacre, kicked off the early noughties with this turgid masterpiece. Marvel! At the terrible CGI crocodile which poses less threat than a particularly benign ear of corn. Swoon! Over the poorly-conceived teen romance. Weep! For the death of a career that deserved so much more than this. 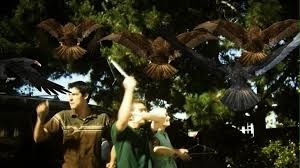 If you’ve not seen the original, fear not: you’ll still have a chance with keeping up with the powerhouse story of the sequel. This one is particularly notable for some thunderously bad special effect: cut-and-paste photoshop birds attack innocent populus for weeks on end. Think of it as the very opposite of Alfred Hitchcock’s The Birds in terms of tension, intelligence, acting and worth.

Fun fact: by the end of this movie, you’ll want to punch yourself in the face! About as badly misjudged as movie titles come, this British “chiller” lives down to it’s name. Unsexy, unfunny, and about as un-scary as they come, this one is worth seeing just to remind yourself when a film should never, ever have been made. And the acting is hilarious.

5) Death Bed: The Bed That Eats 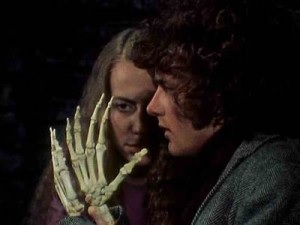 Well, there goes the manicure package I bought last week

The title alone, am I right? A movie that is utterly, po-faced serious, Death Bed (you can practically feel the filmmakers shaking you the shoulders and screaming “DO YOU GET IT?”) features a premise that is only the beginning of the fun; relentlessly dull were it not for the masterful lack of mastery over acting, scripting, plot, or scares.