#5 Go for a much healthier diet. Can’t think with an empty stomach that keeps on growling? That’s because the brain, similar to the body, needs to be fuelled and pumped up to work. Proper diets do have a huge impact on brain function.

There are plenty of vitamins and nutrients for the brain that can be found in the food people eat everyday. Colourful fruits and vegetables, as well as green tea, are good antioxidants which prevent radicals that can damage the brain cells. Green tea also enhances memory, mental alertness and helps slow down brain ageing

Whole grains and healthy fat should also be considered. Omega-3 which can be found from fish such as tuna and sardines can be a food not only for the heart but also for the brain. Fish oil can be taken instead if one isn’t really a fan of fish. It increases the overall brain activity. Limit the intake of calories and saturated fat that can come from sources like red meat, butter, cheese and ice cream.

Some food must be avoided like junk foods. It has been proven to promote “brain fog.” As much as how pleasurable eating chocolate cake and chips can be, it might hinder someone from thinking clearly so remember to feed the brain only with the good stuff.

#6 Find time to mingle with friends. They say that people are not meant to survive, let alone thrive, in isolation. One might not probably notice but fun times with friends can bring a lot of benefits to one’s mind.

Interacting with others is considered to be one of the best kinds of brain exercise since meaningful relationships is proven to be essential not just in terms of emotional health but also in brain health for it helps stimulate it. Experts also discovered that people with the most active social lives have the slowest rate of memory decline.

Talking to friends helps prevent depression and stress which can lead to memory loss. They can be a shoulder to cry on whenever someone needs to be relieved of things that’s clouding his mind. Communicating with them can be a form of give and take process which can also enhance the brain activity. Trying to explain things help clarify one’s understanding. Just don’t forget that if a human isn’t that handy, the cutest and most valuable pets do count.

So if an invitation is sent, don’t hesitate. Go to parties, attend an event, volunteer in an organization, join a club or dial a number on the phone. Remember, no man is an island.

#7 Laughter is really the best medicine. For some, it may already sound as a cliché but it is generally true that no one ever argued about it. A person’s emotional responses are only limited to some specific areas of the brain but laughter connects multiple regions across the brain.

Based on some researches and observations, laughter seems to make people think broadly. Areas of the brain which are vital to learning and creativity are activated by simply listening to jokes and working out on some new punch lines. Laughing releases positive chemical in one’s bloodstream and stimulates both sides of the brain which enhances learning skills. It also leaves a person more open to ideas and thoughts. 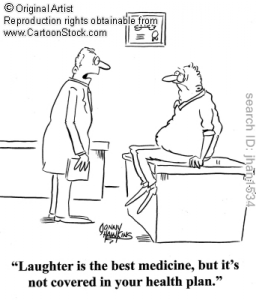 A person laughing at his own mistakes and spending time with playful people instead of worrying about life’s problems allows his mind to work better. Make laughter a feel-good habit. Be with people who easily laughs and can find humour in a day-to-day event. Be surrounded by things can lighten up the day. Laughter is contagious and a well-known stress reducer. Go ahead and crack a joke with someone or simply watch a comedy movie. If things seem to keep on bugging one’s train of thoughts, just laugh it all up.

#8 Choose a stress-free lifestyle. Over-thinking things? Feel like time’s running out to bring solutions to the problems? Can’t think of any more ways to handle something completely unexpected? Yes, you call that stress and it’s one of the brain’s worst enemies. It makes a person unable to calm the nerves and doesn’t allow the mind to think clearly therefore closing it and not letting some helpful advice from others enter through.

Stress can destroy brain cells if left unchecked and is a big factor when it comes one’s health and wellness. It draws out all the energy from one’s body. Some studies even suggest that it is a silent killer, so before anything undesirable happens, try to prevent or eliminate the factors that can trigger it. It can affect the mind in a negative way so always choose to have a healthy lifestyle.

#9 Challenge the mind. One doesn’t have to be a Math genius and participate in Math quiz bees to develop the brain’s capabilities. Simply play games than involves thinking like board games, Sudoku, video games, solving puzzles and good riddles.

Puzzles are challenging and a fun activity. Solving them stimulates the ability of the brain in terms of critical thinking and information processing. They can be very tough that one needs to really dig deeper on a certain area of the brain to find the answers.  Crossword puzzles can actually bring out and improve the brain’s capability in recalling past memories. It can be carried around any time  anywhere and everyday. Trying to complete crossword puzzles is undeniably mentally stimulating and energizing.

No matter how old a person gets, there’s nothing wrong in continuing to play some children’s games. It even reduces the possibility of having diseases such as Alzheimer’s. Both the young and old can absolutely play anything they want but to make things more effective, it must be something that is totally unfamiliar and out of the person’s comfort zone in order to really exert some mental effort and expand his knowledge whether it’s a sport, a puzzle or even a tongue twister.

#10 Listen to some good music. Lay back, earphones plugged, volumes up, and ignore the world. There’s nothing more relaxing for a person than hearing his favourite song in times of madness and chaos. It takes away the stress which creeps its way through the mind and body. Listening to music has been proven to strengthen specifically the right hemisphere of the brain literally changing its structure.

Moreover, is has also been found out that people who do listen to music are generally smarter than those who don’t and have more emotional intelligence. Certain observations have been made between groups of people wherein one listens to classical music and the other to loud music. It shows that listening to classical music activates the left hemisphere of the brain which is why this type of music usually helps students do better in Mathematics and in writing. Somehow, the magic of classical music works its way through the brain. Want a boost in terms of the brain’s performance level? Start adding and listening to some Mozart’s classics on that iPod.

#11 Explore the gift of tongue. Dream of travelling around the world and converse with people of different nationalities? This is the time to get that tongue twisted and learn any new language such as Spanish or French. It has been shown that learning a new language can slow down the age-related decline in brain function. It further adds more structure to the brain and develops its speech centres. New concepts and new perspectives in life are being introduced to the mind.

Language activities challenge a person’s ability to recognize, remember and understands words and at the same time, exercise one’s fluency, grammatical skills and also vocabulary. It’s just a matter of practice done regularly to expand the knowledge of new words and remember familiar words with ease.

Knowing maybe around 2 or more different foreign languages makes a good brain exercise that it is capable of storing so much information and never forgets. One can actually dig around into the areas of the brain and search for words without difficulty. Want to challenge both the mind and speech power? Go take a class or program or just simply grab a dictionary, learn new words and practice to supplement brain power.